There are millions of entrepreneurs in the world who’ve gone to great lengths to keep their businesses thriving, and in some cases, have achieved fantastic wealth as a result. One of the most interesting aspects to entrepreneurship, however, is just how many of these people I meet are also incredibly frugal.

The common thought is that people go into business, and “risk it all”, in pursuit of the big house, the great vacations, the six-figure car, first-class flying, etc – but there’s plenty of people who can easily buy any of these things and simply choose not to. Here are 5 thrifty habits, and the incredibly successful people who practice them: 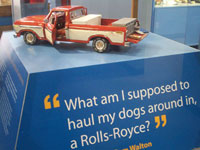 This list simply couldn’t exist without mentioning Sam Walton, who was famously wealthy, and famously frugal. He drove a 1979 Ford F150 pickup truck, which now sits in Walmart’s Visitor Center exhibit gallery. Personally, I also love the quote that accompanies the truck, and Sam Walton’s take on humility altogether:

I still can’t believe it was news that I get my hair cut at the barbershop. Where else would I get it cut? Why do I drive a pickup truck? What am I supposed to haul my dogs around in, a Rolls-Royce?

Airliners.net is the online hangout for commercial pilots – it’s a really cool forum to browse around and get the “inside scoop” on what’s really happening in commercial aviation. Naturally, it was one of the first places I went to answer this question: Do billionaires fly coach class? The answer is yes, they do it all the time, and at least one famous billionaire CEO spotted in coach is Microsoft’s Steve Ballmer.

3: Live in a modest home

For Warren Buffett, being one of the world’s richest people didn’t mean upgrading to a massive home – and it’s a good example to follow, because for most people, your house will be your largest expense. The more modest your home, the more modest the expense! In 1956, Warren Buffett bought his house for $31,500, and stuck with that decision. You can gawk at it here: 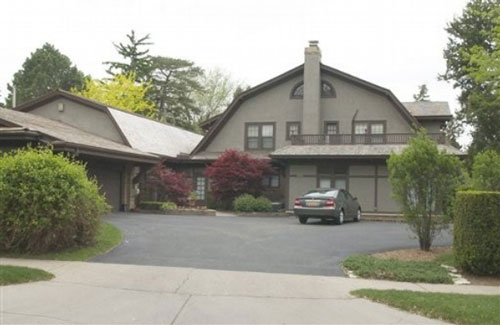 Mark Zuckerberg caught a lot of heat in the Facebook pre-IPO days because of his hoodie-jeans-and-sneakers dress code – but one thing is certain – it’s a lot cheaper than a $3,000 suit and shoes to match. While the hoodie approach may seem too casual for some, there are plenty of ways to look great and not break the bank.

5: Put your money to a greater cause

I know, I know – this one isn’t really about saving money – it’s about giving it away. Of all the people I mentioned above, they all had one thing in common: donating a vast share of their wealth to a cause greater than themselves. Whether this ties into humility, or a disconnect from material accumulation, I don’t really know – but I am tying it into this concept of frugality. For this example, I’m going with Tony Hsieh’s Downtown Project – a $350 million personal investment in Las Vegas’ blighted downtown area, in hopes of fostering entrepreneurship, culture, commerce, and continuing education. Whether it’s just a few bucks to your favorite cause, or you have the wealth to reinvent an entire downtown – giving back seems frugal to me. 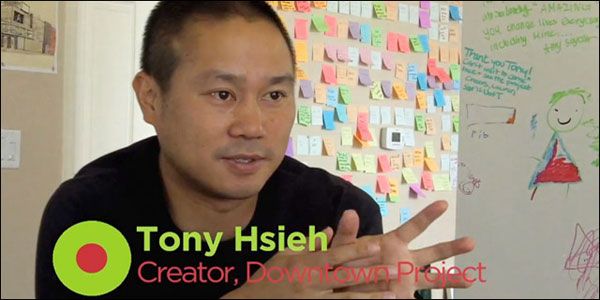 When reading about people with incredible wealth being so thrifty, one question that has to come up is: “Why? Why not just go nuts and buy everything?” Personally, I’ve always thought frugality carried with it responsibility, humility, and other worthy pursuits – regardless of wealth, these things seem worth keeping in mind. But years ago, I posted this video, and it still amazes me as one of the coolest, most candid insights to what it means to be incredibly wealthy:

By closing this banner, scrolling this page, clicking a link or continuing to browse otherwise, you agree to the use of cookies.
X