This Bulletproof, Diamond-Encrusted Suit Just Might Make You Invincible

There’s nothing quite like a well-fitting suit. Except for one that’s diamond-encrusted, bulletproof and comes stock with air-conditioning (perfect for those moments you need to go for a quick jog – or walk casually away from an explosion).

If that sounds like something out of Bruce Wayne’s wildest daydreams, you might be shocked to find out – it actually exists.

The Diamond Suit is a black diamond-studded, customizable tailored suit with its own built-in air conditioning system – the result of a collaboration between SuitArt and the Swiss coolant lab UNICO Swiss Tex GmbH, among others. 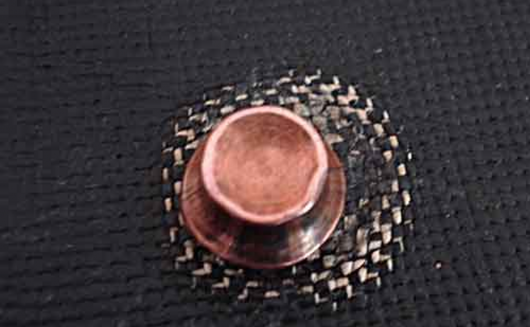 It’s like something out James Bond movie – a three-piece suit so absurd, Q himself would never have believed it possible.

It’ll Take A Bullet For You.

Let’s start with the fact that the Diamond Suit is bulletproof to NATO specifications (really).

The suit is constructed from layers of diamond-coated carbon nanotubes, alternated with reinforced plating that creates a bullet-flattening hardness that competes with Kevlar and bulletproofing standards around the world.

But since being certified by NATO apparently wasn’t enough, the makers of the suit also recruited European body-armor manufacturer Croshield to run tests independently.

They picked one up and shot it as much as they possibly could determined to make swiss-cheese out of the dapper attire.

But, to no avail. Croshield officially rates the suit to level II protection standards (able to stop pistol rounds and fragmentation – about the same as what was used during WW2).

The video below shows how a bullet is essentially flattened by mere millimeters of the Diamond Suit’s protective shell.

Stay Cool, No Matter What the Situation

We promised you this thing was air-conditioned – and here’s exactly how: The on-board air conditioner works by using the humidification of water (i.e. water already present in the air and/or expelled by the body) and hidden gauge to regulate the temperature of the suit.

And lest you think you’ll be walking around with an A/C unit strapped to your back, you’ll be happy to know that the air-conditioning system is completely invisible to the casual observer.

But there’s one last benefit to this nano-technology –

Hooray – no more visits to the cleaners! A nanotech coating process developed by Swiss company Schoeller Tech mimics the natural coatings of plant leaves, effectively turning any textile into a shear, waterproof, dirt-resistant fabric with virtually no loss of flexibility.

It works by using paraffin chains that wrap themselves around individual fibers of a fabric. These chains reduce the surface tension of the textile so that water and mud (having a considerably higher surface tension) fall off harmlessly.

No matter how much punch you spill on yourself while trying to impress your date, you’ll walk away looking sharp. Well, at least your suit will.

And with all the money you save on dry cleaning, you can go out and buy MORE body armor! Chainmail shoes, perhaps?

A Hefty Price Tag (Of Course)

If you’re thinking about nabbing one up to wear to prom – think again. The formalwear comes in at a cool $3.2 million – a small price to pay for being able to deflect bullets while tearing it up on the dance floor.

Still, it’s hard not to imagine how awesome it would feel to strut around in a suit made out of diamonds.

We can all dream, can’t we?

By closing this banner, scrolling this page, clicking a link or continuing to browse otherwise, you agree to the use of cookies.
X